Are you considering starting Lexapro or Prozac but aren’t sure about their difference?

Prozac and Lexapro are both selective serotonin reuptake inhibitors (SSRIs). SSRIs are a kind of antidepressant medicine that also can treat generalized anxiety disorder. Antidepressants are often classified according to how and which neurotransmitters (small chemicals in your brain that transfer information between neurons) they impact to bring symptom alleviation.

However, no two SSRIs are quite the same. A closer look at Lexapro versus Prozac might help you decide which is best for your anxiety or depression therapy.

An overview of Prozac and Lexapro

They facilitate curing depression by increasing the action of the neurotransmitter serotonin. Serotonin is produced in both the brain and the gut. It is associated with mood regulation and other bodily processes. These medications alleviate depressive symptoms by increasing serotonin levels.

Lexapro may also be administered for “off-label” usage, which implies using the medicine for a disease other than the one for which it has been granted FDA approval. Off-label medication usage is a widespread and approved medical practice. Lexapro (escitalopram) is occasionally administered off-label for the treatment of:

Tablet Lexapro is available in the following doses:

While liquid Lexapro is available in

Lexapro 10 mg once daily is a typical starting dosage. If necessary, your physician or prescribing pharmacist may gradually raise your dose over many weeks. While the highest per day dosage of Lexapro is 20 mg, some patients may require a larger dose to obtain symptom relief.

Lexapro must be taken once daily with or without meals in the morning or the evening.

If you inadvertently miss a Lexapro dosage, either take it as soon as you remember or, if it is close to your next dosage, just take the following dose.

How long does Lexapro take to work?

Most SSRIs, including Lexapro, may affect your hunger, energy, and/or sleep within the first couple of weeks after starting the medicine. On the other hand, other symptoms might take 6 weeks to 2 months or more to improve (like depressed mood or lessened interest in hobbies).

Side effects of Lexapro

Notifying your doctor or prescribing nurse if you develop any of these (or any other) adverse symptoms is essential.

Some side effects of Lexapro can get better over time as your body adapts to the medicine. Other Lexapro adverse effects, including sex-related side effects, may not improve with time.

Uncommon or severe side effects:

Lexapro may cause the following uncommon or severe side effects:

Being a selective serotonin reuptake inhibitor (SSRI), Lexapro may increase your risk of life-threatening bleeding, particularly in your nose, gums, stomach, or bowels. This risk may be increased if you are simultaneously taking the following medications:

Seek medical attention immediately if you suffer any of these (or even other) severe side effects.

You must also inform your physician or prescribing clinician about any other drugs and/or dietary supplements you are taking to see if Lexapro has had any drug interactions with them.

If you are on Lexapro, you should avoid drinking alcohol

While alcohol may temporarily enhance your mood, it might increase anxiety and depression symptoms in the long haul.

Furthermore, drinking can amplify the adverse effects (such as headaches) of antidepressant drugs and even other medications while diminishing their benefits. If you take Lexapro with alcohol, you also risk accidentally overdosing.

Overdose of Lexapro may cause the following symptoms:

Lexapro, like other SSRI drugs, must be used regularly to be effective. Taking them daily also aids in the prevention of withdrawal symptoms. It is not recommended to miss any Lexapro dosage to consume alcohol.

It is critical to discuss your medication regimen with your medical practitioner or prescribing clinician if you are pregnant, expecting to become pregnant, nursing, or wishing to breastfeed.

During pregnancy, Lexapro, as well as other SSRI drugs, can harm your baby. They can even be transmitted to your infant via breast milk.

Lexapro, and some other depression medications, carry an FDA “Black Box” warning, indicating that the FDA has discovered some mental health emergency hazards associated with the prescription. Although Black Box warnings should be seriously considered, the risk to one’s safety may be minimal.

According to the Lexapro Black Box Warning

If you need to discontinue taking Lexapro, consult your doctor or prescribing health professional to devise a strategy to taper down your dosage gently. This is necessary to avoid symptoms of withdrawal.

Some patients have modest symptoms of antidepressant drug withdrawal that last only about a week or so. However, these symptoms are more noticeable for some individuals and can continue for several weeks or even months.

Physical symptoms of Lexapro withdrawal include the following:

Prozac comes in a variety of dosages and forms:

Tablet Lexapro is available in the following doses:

Capsule Lexapro is available in the following doses:

Liquid Lexapro is available in the following dose:

Weekly capsule Lexapro is available in the following doses:

A standard Prozac beginning dose is 20 mg. If necessary, your physician or prescribing health professional may gradually raise the dosage over many weeks, like with Lexapro. While the maximum daily dosage is 80 mg, some patients require a more significant amount to relieve symptoms.

When you and your doctor have determined the best dose for your symptom alleviation, you and your physician may wish to consider transitioning to the longer-lasting, weekly dose.

Prozac is commonly taken once daily with or without meals unless you are on a weekly dosage.

If you forget to take your once-a-week Prozac dose, take it as soon as you realize it and then resume your regular medicine routine.

How long does Prozac take to work?

Prozac, like Lexapro and other SSRIs, may cause changes in appetite, sleep, and/or energy in the first week or two of treatment. However, like other SSRIs, it might take six weeks to a couple of months (or more) for other symptoms to improve, such as a lack of enjoyment or a poor mood.

Side effects of Prozac

Some adverse effects of Prozac, like Lexapro, tend to decrease in the first few weeks of treatment. Others, such as diminished sex drive or poor sexual function, may persist while on Prozac.

Contact your doctor or health professional if you suffer any of the preceding or additional adverse effects.

Uncommon or severe side effects:

Uncommon or severe side effects of Prozac include:

Prozac can also elevate the likelihood of possibly fatal bleeding in your stomach, nose, intestines, gums or other body parts. This risk is increased if you also take certain other drugs, such as:

You should contact your healthcare provider immediately if you have this or any other significant adverse effect.

Also, please inform your healthcare provider and prescribing healthcare professional of any other drugs and/or dietary supplements you are on so they can decide if adding Prozac risks unfavorable reactions.

According to the Prozac Black Box Warning

Prozac, like Lexapro and other SSRI drugs, can harm your baby during pregnancy. It is critical to discuss your medication regimen with your medical practitioner or prescribing clinician if you are pregnant, expecting to become pregnant, nursing, or wishing to breastfeed. Antidepressants can even be transmitted to your infant via breast milk.

Overdose of Prozac may cause the following symptoms:

Prozac and SSRI drugs, in general, should be used regularly to alleviate symptoms and avoid withdrawal symptoms adequately. You should not miss Prozac dosages to consume alcohol.

If you must discontinue Prozac, as with Lexapro, consult professional medical advice to build a strategy to progressively and cautiously minimize withdrawal symptoms.

Some people have moderate withdrawal symptoms from antidepressant medications, while others suffer from more severe symptoms that last several weeks or even months. Following a medical treatment plan created by your doctor can help you prevent these symptoms.

Withdrawal symptoms from Prozac include:

What makes Lexapro different from Prozac?

Neither Lexapro nor Prozac is commonly used to address sleeping disorders or sleeplessness. Both medications have the potential side effects of having trouble falling asleep and insomnia. However, based on clinical study data, sleeplessness may be a more prevalent adverse effect of Prozac than Lexapro.

Lexapro is a medication licensed to treat generalized anxiety disorder (GAD). Prozac can also be used to treat GAD off-label. When analyzing Lexapro versus Prozac for anxiety, several pieces of research have shown Lexapro to be good medicine for anxiety; however, few researchers have looked at how successful Prozac is in curing anxiety.

Prozac is licensed to treat obsessive-compulsive disorder (OCD), while Lexapro can be used to treat OCD off-label. Lexapro and Prozac have been proven effective therapies for this mental health condition. A 2012 paper in the International Journal of Neuropsychopharmacology analyzed many trials of the various drugs used to treat OCD.

When comparing Prozac and Lexapro, remember that both drugs are licensed to treat depression. Lexapro was discovered more efficient than Prozac in treating clinical depression in 2014 research. However, the same study found no significant difference in efficacy between the drugs throughout the early phases of depression therapy (i.e., the first couple of weeks). In other words, you might benefit from either treatment.

Lexapro and Prozac, as well as other SSRIs, can induce sexual dysfunction in both men and women.

In men, they can cause:

If you suffer from any of these adverse effects while taking Lexapro or Prozac, they might or might not go away. If you have these or other adverse effects, your physician or prescribing healthcare professional can cooperate with you to reduce your dosage or, if required, move you to a different drug.

When comparing Lexapro and Prozac doses, both are offered once-daily dosages that may be taken with or without meals. But there are a few distinctions to be aware of:

You’ve probably heard that taking antidepressants might cause weight gain. This statement has some truth; however, it is not the only cause of excess weight among antidepressant users.

For example, when individuals are depressed and have not yet begun therapy, they may lose weight. They may then begin to regain that weight when their appetite recovers in response to appropriate therapy. In some circumstances, the weight gain is caused by the alleviation of the disorder rather than the medicine.

Which is better, Prozac or Lexapro?

SSRIs, such as Lexapro and Prozac, are thought to be better than a placebo (a pill that does nothing) at curing anxiety and major depressive disorder. Lexapro may be more effective than Prozac at treating symptoms of depression, according to an analysis of trials testing it against other prescription drugs for depression.

Is Lexapro milder than Prozac?

Similar side effects might be experienced when taking both Prozac and Lexapro. The adverse effects of Lexapro, however, are typically less severe. For instance, Prozac has increased nausea and diarrhea, particularly when first started. Prozac also tends to make sleeping issues worse.

Is Prozac similar to Lexapro?

Is Prozac energizing or sedating?

You may experience a boost in your energy state when Prozac begins to function. Some patients using this medicine may have mania-like episodes in some situations. Mania symptoms include excessive energy, intrusive thoughts, difficulty sleeping, and restlessness.

When comparing Lexapro vs Prozac, both drugs are worth considering for the treatment strategy of different mental health conditions. Although they share many similarities, some significant distinctions give each medicine its unique advantages and disadvantages.

Both drugs include a list of potential adverse effects to be aware of, including sexual side effects, gaining weight, and sleeplessness; however, sleeplessness may be more likely with Prozac.

Your physician or prescribing healthcare professional can help determine which medicine is best for your treatment plan. 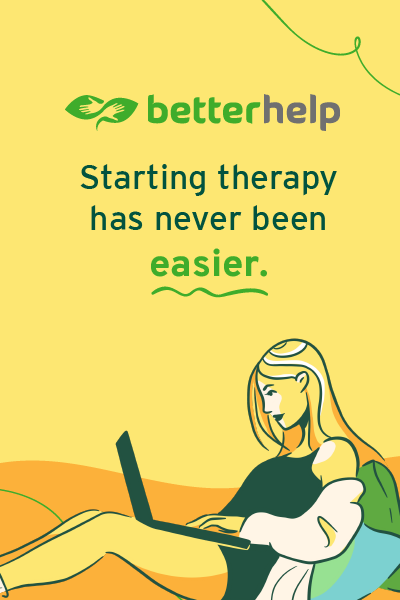 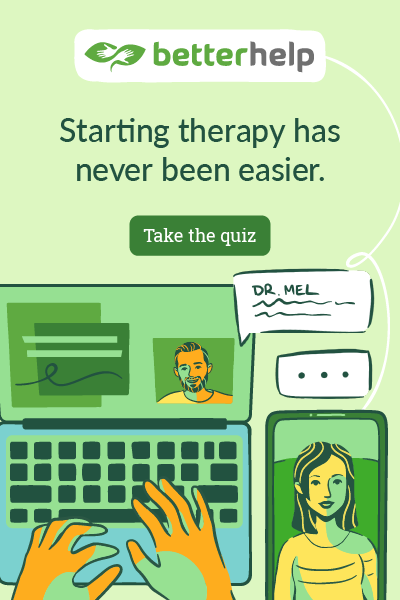 1 shares
Special offer for our visitors